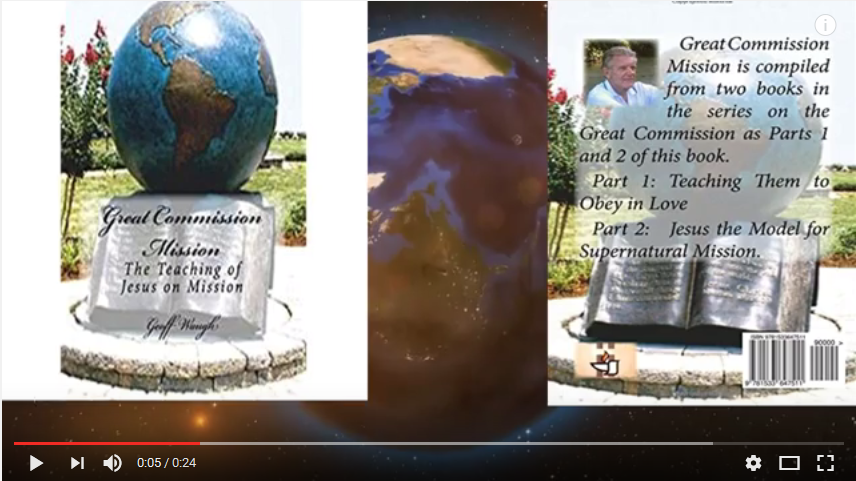 SEE BELOW for Blogs grouped into countries & regions

Q  Search – at end of Blogs on phones

PDF books on the Main Page

Teaching Them to Obey in Love – Blog

Teaching Them to Obey in Love – PDF

All the Blogs are amazing accounts of God’s actions, but these are very surprising.

Look what God is Doing!
by Dick Eastman

Ch 3: People of the Trees

Revival in the Amazon among “Skull Splitters”
*

“Before they call I will answer”
Helen Roseveare in Africa
*
*

Standing on our knees in Kharkov, Ukraine

Uganda: How a Bible App is growing churches in a refugee camp

The Bible – the most read book in the Philippines

A woman in the marketplace starts 3 churches in 6 months

Laos: A church for the So

Koreans evangelized their own nation

Egypt opening to the Gospel amid persecution

Missionary thought he was a failure: now churches thrive

The Faithful on the Frontlines

North Korea: The blessing of forced solitude with God

Christians reach out to Muslims in UK

Power to Change – University of PNG

Jesus and Muslims: Life in the Desert

Jesus.net – over 12 million decisions for Christ

Woman returns from the dead to tell about Jesus

Many Muslims are Turning to Christ

Filth and Fertile Ground in Asia

The church on the camel’s path in West Africa

New Wave of Revival in China

5 Common Misconceptions between Foreigners and Thais

Jesus invaded a Buddhist Monastery
in the Himalayas
*

Acts 3 acted out in faith in PNG
*

He woke up totally healed

Reading to his father
Testimony from India
*
*

The Disciples’ Mission and Ministry

Chapter 2 of Jesus the Model for

A Vision of the Pure & Powerful Bride

The 10 Domains
for prayer and mission
*
*

Gangsters in the Doorway
Also:
Interrupted by God
*
*

Jesus.net – over 12 million decisions for Christ

Asia – Woman returns from the dead to tell about Jesus

China – The Spirit told us what to do (Carl Lawrence)

Korea – Koreans evangelized their own nation

Korea – The Blessing of forced solitude with God

Laos – A church for the So

India – One Touch from Jesus

India – Reading to his father

UK – Christians reach out to Muslims

North America – Billy Graham – in his own words

South America – Revival in the Amazon among “Skull Splitters”

Muslims and Jesus: Life in the Desert

Middle East – Many Muslims are Turning to Christ

Egypt – opening to the Gospel amid persecution

Africa – “This Disco is a church” (Reinhard Bonnke)

Africa – Congo: Before they call I will answer (Helen Roseveare)

Africa – Congo: Missionary thought he was a failure

Africa – West Africa: The church on the camel’s path

Africa – West Africa: A woman in the marketplace starts 3 churches

Africa – Uganda: a Bible App is growing churches in a refugee camp

Priscilla on Mission in Australia – 2002

Romulo on Mission in Australia – 2002

PDF books on the Main Page