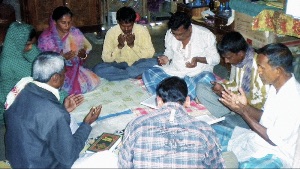 Seeds of Revival in Afghanistan

By Australian Prayer Network, November 21, 2021.
Share good news  –  Share this and any page freely.
Over 100,000 Renewal Journal views in 2020.
Share this link on your media, eg Facebook, Instagram, Emails
Seeds of Revival in Afghanistan – https://renewaljournal.com/2021/11/21/seeds-of-revival-in-afghanistan/
Afghanistan: Children ask “Where does Jesus live?”
Renewal Journal – a chronicle of renewal and revival: www.renewaljournal.com
FREE SUBSCRIPTION for new Blogs and free offers

As the new Taliban government tightens its grip on Afghanistan, people there plainly see the darkness of Islam and they’re running toward the light of the gospel. “As Job says, in the book of Job he says, ‘When a man is in a heap on the ground, he stretches out his hand to God,’ so it’s in the midst of the desperation that souls are hungry, and so it’s a moment of opportunity,” Joel Richardson, with Global Catalytic Ministries (GCM), tells CBN News. Richardson says history proves that oppressive Islamic governance leads to revival in the Church. “Iran has the fastest growing Church in the world. Seven years after the ISIS blitzkrieg, there’s a revival in northern Syria…the establishment of Islamic government provides ripe soil for the Church to grow,” Richardson explained. The Church in Afghanistan is determined to do the same.

“They’re still actively meeting, studying the scriptures together and sharing the gospel. We actually have a report from one of our leaders who has been sharing the gospel with Taliban members that came into their village and they’ve actually be engaging in Bible studies and prayer,” said Richardson. While it’s often the sensational reports that make headlines, like a recent one that falsely claimed the underground Church there had all been martyred, or others that spotlight only heroic action, Richardson says Afghanistan’s Christians are just real people choosing to live out their Christian faith. “They say they’re scared. Many of them are in despair, but it’s in that weakness that they’re still pushing forward and they’re finding sweetness in all of it,” he said.

One Afghan Christian recently reported back to GCM: “There is pain and joy right now. God hasn’t left. There is no need to fear what the Taliban is doing. Bad things may happen to us, but God will do something and glorify his name.” Richardson worries this could be the calm before the storm, but he says Christians there have submitted themselves to the will of God, come what may. “They’ve given their future, their fate, over to the will of God, knowing that it could result in martyrdom. They understand that  very clearly, yet they’re pushing forward regardless,” he said. The biggest prayer request right now is for divine protection. To be hidden from those who seek to do them harm, as they continue to go out and make disciples of men. That is the wish of the Afghan Church.

Share good news  –  Share this and any page freely.
Over 100,000 Renewal Journal views in 2020.
Share this link on your media, eg Facebook, Instagram, Emails:
Afghanistan: Children ask “Where does Jesus live?”
Renewal Journal – a chronicle of renewal and revival: www.renewaljournal.com
FREE SUBSCRIPTION for new Blogs and free offers