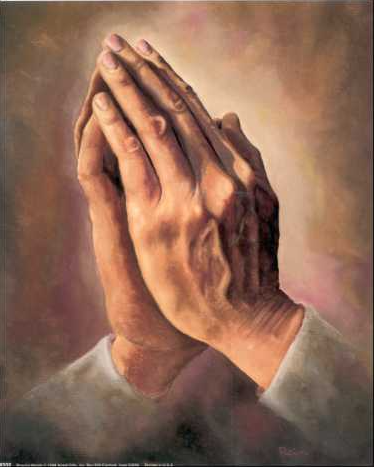 SCIENCE RECOGNISES THE POWER OF PRAYER

God’s Word clearly tells us to ‘pray about everything.’ Today, science is beginning to recognize the value and the power of prayer. Researchers investigating the role of faith in health are discovering evidence that’s hard to refute.

For example, a 2014 study conducted by The Mind Health Report confirmed that people who engage in private prayer, intercessory prayer, and church activities are healthier and live longer.

Here are some additional benefits:

(1) Florida State University researchers found that praying for somebody increases your readiness to forgive them. When a group of men and women prayed for the well-being of a close friend every day for four weeks, they were more willing to forgive not only the friend but people in general. Forgiveness is associated with better overall health and satisfaction with life.

(2) University of Miami researchers discovered that prayer and religious practices improve your ability to pursue and achieve long-term goals. Prayer affects regions in your brain that improve self-control, and people who view their goals as sacred are more determined to attain them.

(3) A research study conducted by the University of Wisconsin-Madison concluded that victims of abusive relationships recovered a positive self-image and reduced their emotional pain when their lives included prayer. (4) Columbia University researchers found that people who value religion and regularly attend church are 90 percent less likely to suffer from depression than their non-religious peers. That’s pretty strong evidence in favour of prayer, wouldn’t you say?

Source: The Word for Today

The Lion of Judah: The Ministry of Jesus

Prayer ~ Good for the Body as well as the Soul

How I Learned to Pray for the Sick

The Healing Power of Prayer

How to Pray for Healing – Heidi Baker & Others

Link to all Renewal Journals