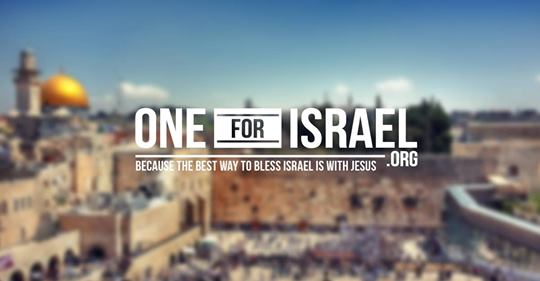 MOST ISRAELIS OWN A BIBLE AND REVERE THE WORD OF GOD

A survey recently conducted revealed that nearly all Israeli Jews own a Bible, that most revere it as the Holy Word of God, and that nearly half the Jewish population still reads from the Scriptures at least on occasions. The poll was conducted in the run-up to the “Opening the Tanakh” conference at the Herzog Academic College, which was attended by 7,000 Israelis and foreign visitors who were treated to a wide range of lectures and workshops dealing with the Bible and its place in modern society, especially Israeli Jewish society.

The results, originally published in Israel’s largest daily newspaper Yediot Ahronot, showed that no fewer than 93 percent of all Israeli Jews have a Bible in their home. A full 68 percent of respondents said they revere the Bible as a “Holy Book,” and nearly half (42 percent) said they read the Scriptures at least infrequently. Only 15 percent of Israeli Jews said they never read the Bible, and just 9 percent said they have no connection to the Word of God.

Israel is the only Western country that is currently taking positive steps to teach their people God’s Scriptures on a national level.  They are shortly to read a chapter that is normally not read in the annual synagogue readings and has therefore remained largely hidden – Isaiah 53. The program called “929 Studying the Bible Together” was launched on Sunday 21st December 2014, during Hanukkah – the festival of Light and re-dedication of the temple after the Greek ruler Antiochus Epiphanes had desecrated God’s house.  There are 929 chapters in the Hebrew Bible from Genesis to II Chronicles (the Hebrew Scriptures follow a different order to the English Bibles).  93% of Israelis own a Bible but only a minority have ever read it. It is expected that 1 million Jews will participate making it the largest Bible study ever.

The daily Bible readings run from Sunday to Thursday – the Israeli week, with one chapter per day for three years and seven months and will finish on Israel’s 70th birthday – Independence Day, April 19, 2018. The Bible studies are taking place in schools, private locations and educational institutions, on social media, TV, smart phones, radio and internet.  There are a variety of commentaries from different viewpoints to promote discussion.  There are also community cultural events associated with the program. The project aims to teach Jewish history and values to the diverse community and unify the nation around the treasure God entrusted to the Jewish people.

The project was initiated by Deputy Education Minister Avi Wortzman, and Rabbi David Lau, and launched from President Reuven Rivlin’s office.  Rivlin claimed that, for him, the Bible represents the identity card of the Jewish people, which is also the identity card for all humanity. By my calculations they will read the wonderful passages of the Messiah in Isaiah 52 and 53 on Sunday June 12 and Monday June 13.  This “just happens” to be Shavuot (Pentecost) in the Hebrew calendar!  God’s timing is amazing.  Can we storm heaven for another outpouring of the Holy Spirit?  Pray for the Lord to remove the veil from the eyes of the rabbis and the nation of Israel (2 Cor 3:14-18) so that they recognise the One whom they have pierced (Zech 12:10), repent and embrace their Jewish Messiah – Yeshua HaMashiach (Jn 1:29, Jn 1:49, Acts 3:36-38).

All Israelis, men aged 18 to 21 and women aged 18 to 20, are required to do some form of military or community service. This means that thousands of Messianic Israelis—Jewish and non-Jewish, men and women—have shared in the Israeli army experience at one time or another. Israel is especially proud of their soldiers who are facing the challenges of today, which are more complex than ever before. From the survey results, it is clear that openness about Yeshua (Jesus) in the Israeli army is indeed the new “normal.”

Of those Messianic soldiers asked by Kehila News, a remarkable 96 percent say that their fellow soldiers know of their belief in Yeshua as the Messiah. Possibly even more remarkable is that 78 percent of their commanders or officers know of their belief in Yeshua. This is certainly a generation that is bolder than ever in sharing and living their faith. Equally encouraging feedback from the survey results is a largely supportive and pluralistic reaction from their fellow soldiers and officers with 64 percent of them having a “positive” response, 22 percent having an “indifferent” response and only 14 percent expressing a “negative” response upon hearing about faith in Yeshua.

One Reply to “Israeli Jews and Bibles”